HomeAlertWhere are we with the mask mandate lawsuits?

Where are we with the mask mandate lawsuits?

September 24 – When it comes to the lawsuits filed in Pennsylvania commonwealth courts, questioning the validity of the mask mandate passed down from the Department of Health a few weeks ago, it’s important to remember, this isn’t like a typical trial you’d see on television.

The hearing, which happened yesterday, is based on briefs in writing and then attorneys showing up to make verbal arguments.

When a decision will come down from that is anybody’s guess.

“That’s the case everybody is watching,” Barkdoll said. “Yes there are other lawsuits pending about mask mandates, but this was the first one. This is the one at the highest level court in Pennsylvania that will have heard it thus far, so that’s the one we’re all going to be tuned into for a decision.”

Jansen said, “We know that there was a Chambersburg Area School District school board meeting this week. We had some very concerned parents and some parents that really looked into things. They didn’t just go in there and be angry about oh, you’re mandating masks. They really had done their homework with some legal experts and tried to look and see what Chambersburg Area School District’s doing. I know there was an email sent to the school board and the superintendent from the group Mom’s for Liberty are getting involved with this. It’s just a concerned group of parents who want some answers and wants to point out some things. They’re saying the chaotic policy that wasn’t even really communicated to parents or to even the different school principals is causing a lot of problems in the school with inconsistently the way they’re doing the masks and is it really legal even the way they handled it through their policies and so forth. I know you’ve been asked some questions about this, too. What’s your feeling on this and how much will these lawsuits make a difference here?”

Barkdoll said, “An interesting point on that that I think these groups will find helpful, yesterday the Pennsylvania Senate there was another committee that had a hearing about this issue yesterday and I think surprisingly there were teachers and even one or two superintendents that testified about exactly what you just said. They think this has been poorly rolled out. It’s been difficult to decipher. It’s been difficult to enforce. They think it’s created a lot of bad messaging for parents and the students and this hearing is in the context of might the General Assembly try to take legislative action to override this Secretary of Health order. Again, that remains to be seen if they could do that, how it would be legal. Bigger picture, I hear this almost every day from local families, people in local districts. Everyone is struggling with this order. It’s vague enough that there’s wiggle room.”

Exemptions and rules are different from district to district.

Barkdoll said, “I think all of these districts have been just playing the waiting game. They’re waiting for that commonwealth court decision to come down to decide how they’re really going to move forward with this whole issue.”

Then when it comes to the quarantining issue, isn’t it a little odd to be using a more than 50 year old law to make decisions for today?

Jansen said, “I am so critical of the way and I’ll call it Democratic leadership because they’re the ones doing it, at the federal level and the state level, reaching back to these old laws to protect people’s health and safety. Letting the health secretary mandate this mask and then the way they’re handling different things like quarantining. Looking at those laws and the way quarantines have been used in the past, how are we justifying the way we’re using it now? Again, people seem to be making up the rules as they go along at various levels of government without the data to really back up what they’re doing.”

Barkdoll said, “Just like with the masks, there’s no rhyme or reason to it. It’s even varying from district to district. Last year and the early part of this school year, everyone would be quarantined if they were in close contact with a COVID-positive student or staff member, even if that student was asymptomatic. Some districts seem to be changing that now saying that if you’re asymptomatic, you have to go get a negative test. That costs $100. That’s a big hardship for most families. And they need that negative test to get back into school. If they can’t produce the negative test, they’re quarantined anywhere from a few days to I hear some districts are still doing up to 10 days. Now I’m hearing some local districts are saying we’re not enforcing the quarantine any longer. If you’re asymptomatic, maybe even if you don’t have the negative test, we’re not going to make you quarantine. So it’s this patchwork system once again from district to district. They’re basing this on just internal guidance and I think it’s legally dubious because historically, yes, there’s federal regulations about this, there’s state guidance about this, but the idea that each district is just setting their own quarantine policy I think is questionable.” 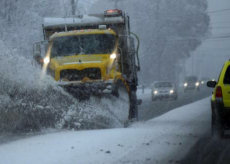