HAGERSTOWN, MD – Local heroes in Washington County have been named as winners of the Fourth Annual Public Safety Awards hosted by the Washington County Chamber of Commerce. The awards ceremony recognizes first responders nominated from local fire and police departments, along with public health professionals.

“We would like to thank each of these heroes, and teams of heroes, for their dedication to protecting the well-being of our citizens, making Washington County a safer place to live. Their hard work does not go unnoticed and we are fortunate to live in an area with so many great first responders and healthcare professionals around us,” said Paul Frey, chamber president and CEO.

The Public Safety Distinguished Service Award is presented to a responder who is distinguished from all others of their rank or position. He or she performs above expectation, demonstrates responsibility, and initiated a credible accomplishment in the previous year. This year’s winners are Chief Steve Lohr from the Hagerstown Fire Department and Trooper First Class Brock Marquis of the Maryland State Police.

The Volunteer Achievement Award is presented for volunteer dedication and initiative above and beyond the call of duty over a period of time that has affected and benefitted the citizens of Washington County and beyond. This year’s winner is Milton A. Bloom, III of the Leitersburg Volunteer Fire Company.

The Lifetime Achievement Award is given to an individual who encompasses leadership and an exceptional work ethic. He or she has consistently performed above & beyond normal expectation throughout their career. This year’s winner is Lieutenant Mark Renner of the Hagerstown Police Department.

Medals of Valor are given for several reasons. There are three levels: gold, silver, and bronze. The gold award recognizes an act of bravery involving extreme personal risk that is clearly above and beyond the call of duty, or an incident of valor that results in serious injury or death.

The silver award recognizes acts of bravery involving great personal risk beyond the call of duty. The bronze award recognizes acts of bravery involving unusual personal risk beyond expectation while performing the usual responsibility. Bronze-level recognition may also be awarded to a member who demonstrates unusual judgement, zeal, or ingenuity during an emergency situation when such an act is beyond that normally expected in the line of duty.

This year’s winner of the bronze Medal of Valor is Master Police Officer Curtis Kelley of the Hagerstown Police Department.

The Unit Achievement Award is awarded to any bureau, division, section, unit, or squad exhibiting extraordinary performance, attention to duty, and for an outstanding contribution to the department or to the welfare of our citizens.

Meritus Medical Center is the final recipient of the Unit Achievement Award in our Public Health category, which will be presented to them to honor their Meritus Family Medicine Residency Program.

The Public Safety Awards will be held at Fairplay Fire Hall on Nov. 12. Registration details will be available at Hagerstown.org. 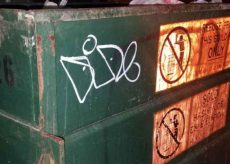 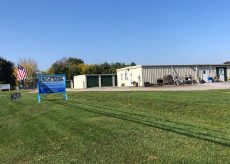 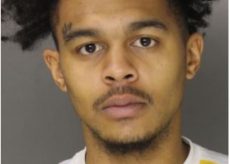