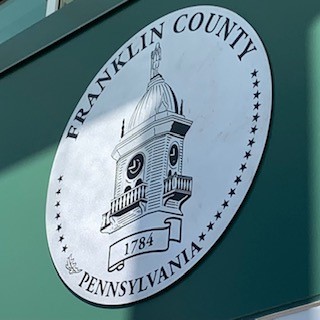 November 29 – Some of the first stages of getting community input for the 10-year comprehensive plan for Franklin County have wrapped up and it’s somewhat surprising how little response has been had.

One worry about the plan is Michael Baker International is putting information and data together and that is the same group that brought Diversity, Equity and Inclusion to the Chambersburg Borough’s comprehensive plan.

Michele Jansen of NewsTalk 103.7FM said, “You get a small group of very motivated activists or people who have a louder voice who tend to pay attention to these things. Whereas the general public’s going about their busy day. I’m no longer going to pretend that Diversity, Equity and Inclusion is not an ideology. Because it is. It’s just so obvious. Look at it in education. Look at the way they’re pushing it in medicine now. They definitely bring in the elements of systemic racism and the idea that gender’s fluid. These are all belief system ideology. It’s not proven the truth. The fact that they don’t want you to ever speak out about it, kind of proves that it’s a belief system because when it comes to just trying to discuss facts and have a good debate, people don’t usually get up in arms about that. When you attack someone’s religion, that’s when they get up in arms. They don’t want you to speak against it. So I’m just throwing that out there as my evidence for why I believe this is so.”

Franklin County Commissioner John Flannery said, “On the comprehensive 10-year plan, when you look at it, we tried to engage the public on numerous occasions, numerous locations. We did virtual attempts to try to do that. You’re looking at a…little over one percent of the public that was engaged in having an opinion as to what they want to see out of Franklin County in the next ten years. Obviously, we, the commissioners, take that into consideration.”

What about Diversity, Equity and Inclusion?

Flannery said, “I think that whole stance and that ideology is somewhat hypocritical because what we end up doing is causing yet more division. It’s exactly the thing that that side complains about that they are creating with what they’re trying to do here. I just don’t understand that thought process.”

Jansen noted, “My point all along has been I don’t want to silence anyone. I want people to come and bring these thoughts and ideas into the equation. I just don’t want it put into law.”

“Let’s not force people to respond,” Flannery said. “People create their own mindset. That’s what makes us a great society of individualism. We make those decisions on our own based on our surroundings and to force an ideology down someone’s throat creates more division and in essence is doing exactly the opposite of what their goal is.”

Jansen added, “And let’s be clear, we’ve never had this in 10-year plans before. And they admitted that. Michael Baker International admitted that this is new and we’d be breaking ground when they were doing it in the borough, putting Diversity, Equity and Inclusion. They defined equity as having equal outcomes for everybody, which is frankly impossible. So they’re admitting it themselves. There’s no reason to include this in the plan. I think there’s absolutely ways you could have flexibility to say we are always going to hear all voices and we’re going to have different groups come to the table every time we do something within our plan, but not enshrine it in the guidance itself.”

People can still get engaged with the 10-year plan and it will be made official in summer 2023. For more information, click here: https://www.franklincountypa.gov/index.php?section=planning_comprehensiveplan