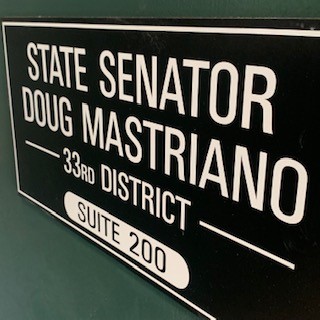 June 22 — With some news sources pointing out the fact that Democratic candidate Josh Shapiro has $13 million to spend on his run for governor of Pennsylvania this November while State Senator and Republican nominee Doug Mastriano has $400,000, they might do well to realize it’s not always all about money.

Mastriano said, “I just came off of a race, a pretty tough race where I was outspent 16 to 1. I notice how these left wing news outlets always frame thing in a negative light on Republicans. That’s why I don’t give these guys the time of day. Screw them.”

Mastriano spent most of his money on the primary and now he has to rebuild.

He said, “Unlike your boy, Josh Shapiro, little lock-down Josh. He had no competition. There was a poll last week and it’s a dead-heat. I’m only four points behind. There’s another poll that came out yesterday…I’m only three points behind, which is a dead-heat. So without even being fully in this race right now, I’m tied with that guy who’s got all this money. He’s going to lose. We’re going to beat him bad.”

Mastriano said, “One campaign in the primary funded with lots of pack money, $20 million they spent and the guy only got 15% of the vote. I don’t have to match Josh. We’re going to raise the money we need and I do have a specific goal to accomplish my desires and my strategy. We’re going to beat him because Josh is a petulant guy, who supported Tom Wolf, who backed the lockdowns, who sued the schools to keep the kids masked up, who went after nuns instead of going after crime as a senior law enforcement official in the state. He is a politician of the day and he’s going to lose bad. The people don’t want that kind of guy anymore.”

Bob Casey came to Chambersburg a few days ago to talk about LGBTQ issues.

Ryan said, “I’d imagine that you’re hearing from the people out there right now gasoline prices are number one, groceries, energy, the southern border, kids dying from fentanyl. I would imagine that you’re going to do a little bit more on behalf of Pennsylvanians than what a pandering tour would do out of Bob Casey.”

Mastriano said, “That’s exactly the point. Josh has already spent about $4 million on ads against me. They hit me hard, but when you go to the gas pump, you’re slapped in the face by failed Democrat policies. Our guy, little Josh Shapiro is tied at the hip with Biden and Wolf. So when you go to the gas station and you’ve got to decide if you can fill your tank up or buy groceries, you go to the grocery store and there’s no baby formula on the shelves, you try to pay your bills and inflation is killing you, this is all working against Democrat policy because they stand for inflation, high prices, shortages, empty shelves, while we stand for freedom and bringing common sense back to Pennsylvania. They’d rather advocate for extreme policies and even killing babies in the womb when they’re about to be born, while we want to open up our energy sector here and drive down prices and put people’s power back in their own hands.”