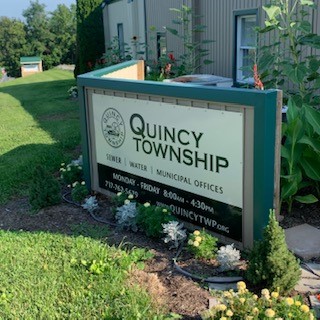 August 26 – It looks like some legal moves have been made to challenge the mess in Quincy Township. The backstory is this:

Quincy Township is a three-member, elected supervisor board. In May, one of the supervisors, Kerry Bumbaugh, was charged with various crimes that are directly related to his conduct as a supervisor, including misuse of funds.

Since the charges have been filed, the other two supervisors have resigned, one for unknown reasons and one in protest, which left Quincy Township governed by only one supervisor who happened to be under an FBI investigation.

At a subsequent meeting, Bumbaugh and Justice appointed a third supervisor, Lee Daywalt.

Barkdoll said, “We said from square one there is no way this could be legal. They didn’t have a quorum. They weren’t following other protocols under what’s called the Second Class Township Code, but they nonetheless proceeded.”

Both of the filings basically lay out the fact that the two men have been illegally appointed.

Barkdoll said, “That’s the language in the lawsuit – that this was illegal action and they therefor do not have the authority to serve as supervisors and the district attorney is asking the court that an order be entered that essentially nullifies their appointment.”

The men have 20 days to respond to this.

Barkdoll said, “I think there is a very real scenario here that they either both resign or if it goes to court, I think the DA has a really strong case that they’re going to be removed from office. These three supervisors, they need to be really careful on any official action they’re taking because as we’ve been warning for weeks, there’s a very realistic scenario here that if these two newly appointed supervisors are removed, all the actions that they’ve taken in these intervening weeks could be deemed null and void and that’s going to create a real mess for the Quincy Township government.”

The lawsuit is basically saying the first appointment of Tab Justice went against the Second Class Township Code because they didn’t have the authority to fill a vacancy for X number of days after a resignation occurs. It was Bumbaugh and the Vacancy Board that appointed Justice.

The appointment of Mr. Daywalt, according to the lawsuit, did not constitute a sufficient quorum to take any action.

Jansen said, “What’s really funny, Linus Fenicle, the attorney who advised them to go ahead and move forward with this, he refused to put any of this in writing. Well I guess now he’s going to have to justify his legal thinking here. Now he’s got to account for it.”

Ryan asked, “Wasn’t that the conflict there? And now who’s going to end up paying for this?”

Barkdoll said, “I think he’s got a lot of questions to answer, this solicitor, because presumably not only was he providing them this advice, he was, of course, charging for it. These two are going to have the right if they want to defend this, they can, but I think it’s pretty clear that both of these appointments are not going to stand up and I think then it raises the question, well, how much money did the township spend getting this legal advice? It was pretty clear up front none of this should have happened. So now if those two appointments are nullified, we’re also back to this weird scenario that we’re back to one supervisor who is the one that’s under the criminal indictment. We know it’s on a very slow walk through the General Assembly to do anything with impeachment. So what’s the next step? I think you may see petitions from citizens asking the court to get involved to appoint people to fill these vacancies. That process is prescribed by statute. Otherwise they would have to just sit and wait it out. There is someone that would be coming in after the next election, but by the time he’s seated, we’re talking about another four months or so and I don’t think they could keep operating that long with just one supervisor in place.”