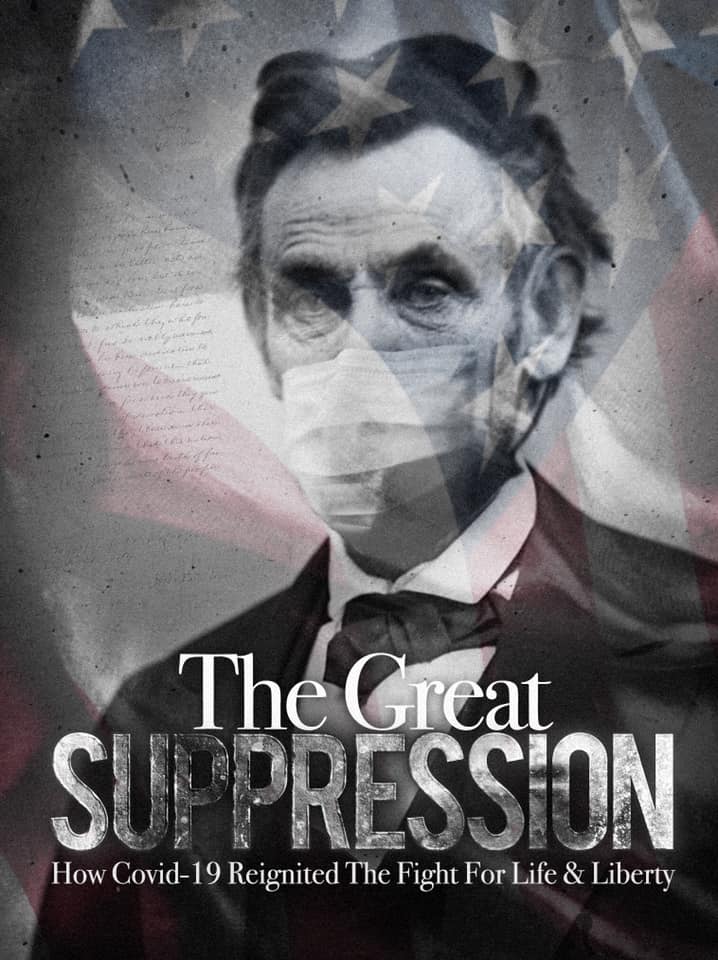 CHAMBERSBURG – Join State Senator Doug Mastriano, Pat Ryan and Michele Jansen for a showing of The Great Suppression, a documentary on the importance of checks and balances on gubernatorial administrations, at 6:30 p.m. Sunday, April 25, at Brethren in Christ Church, 24 Kauffman Road E, Chambersburg. Welcomed by JAK Real Estate.

The showing is free on Sunday.

“It captures what happened last year,” Mastriano explained. “It shows the infringement of our freedoms. It shows you who was fighting for us and who wasn’t fighting. Who stood aside, who was out in the forefront pushing back against Governor Wolf and his edicts. The takeaway is governors and leaders, their positions do matter and it’s important we get the right guy or gal in office to fight for us because if not we will have someone like Governor Wolf that will snatch away your freedoms that you thought were God given.”

Jansen added, “It’s very important to realize that there is an opportunity to put some checks and balances on the governor’s power and I don’t care whether it’s a Democrat or a Republican. We need to have some checks and balances where an emergency declaration that’s going to affect us for longer than 21 days, we need to have some input from the legislature. We saw what a disaster it was when he didn’t even consult you guys and we have to have a way to make sure one person or one administration, one branch of our government, cannot have this kind of authoritative power and control because we saw what a disaster it was. This movie shows that. Please join us on Sunday.”

In terms of opposition to the issue, it’s about the necessity of the powers.

“Democrat talking points are, ‘Hey the governor needs to have these powers.’” Mastriano said. “Notice they’ll only say that when it’s a Democrat governor. This is utter nonsense. It’s baseless. It’s groundless. There’s no foundation to assert that a governor needs to have 90-day long powers and then can simply on a whim renew those orders without any deference to the Senate or House. The past year, your Representatives and your Senators have been pushed out. That means your voice has been silenced and it’s been very aggravating for me because we’re close to the people. We hear the pain, we see the pain, we try to help you through the pain, we feel it.”

It’s appropriate timing because of the upcoming ballot questions in the May elections. The first two will restrict the governor’s ability to extend emergency declarations. All four ballot questions require yes votes.

For more information on the showing, check out the Facebook page here: https://www.facebook.com/events/antrim-brethren-in-christ-church/franklin-county-screening-of-the-great-suppression-sponsored-by-1037-fm/1143487099455637/