Ward has joined a new task force on child pornography. It was a piece of legislation put forth from Senator Dave Arnold before he passed away of a brain tumor. He was the district attorney in Lebanon County.

Ward said, “It’s troubling we need something like this, but he felt it was important that we did. We took a look at where we are with all of this. There are 20 members who are stakeholders or experts in the field. We’re going to break down the law to see where we might need changes legislatively, look at the process of investigations, how we are doing the sentencing of convictions, look at the geography, the demographics of it. We have four meetings, we have a year to do it. I’m just honored to be part of it. I really thought a lot of Dave Arnold. He was a very honorable man and so I’m very honored to serve on the task force.

Jansen said, “It’s certainly something we see growing, unfortunately, certainly technology has made it far easier for many people to be involved and sadly we also see it as something that people get sucked into now more easily.”

Ward added, “There’s other spinoffs, trafficking and all of that. It is troubling. Very troubling.”

Discussion then turned to the mandates – both vaccine and mask – and how they apparently continue to march on.

Ryan pointed out, “You’re also hearing some good stories of honestly, you didn’t just think we were just going to sit down and take it, did you? What’s the next move out of your camp?”

Ward said, “We have had the corrections officers union went to court over them being mandated, unfortunately they lost that battle, but the general public is balking at these mandates. We have so many calls about schools and businesses and hospital systems and I think it is going to cause an even greater working shortage than we already have. Have you gone into restaurants that are only utilizing part of their dining areas because they don’t have enough workers? And putting a mandate on people will make it even worse. As chair of Aging and Youth, I’m seeing this with the nursing homes. They’re struggling to get workers. The nursing homes are trying to increase wagers, but Medicare won’t reimburse them for that increase in wages. They have to hire temporary workers and those rates are even higher. So nursing homes are beginning to close wings. They don’t have enough workers and let’s face it when you need a nursing home for a loved one, you need it now. So I have great concern. We tried to pass a vaccine bill that would not allow workers to be faced with mandates, state workers at least, and the governor vetoed the bill. This is troubling because we’re in a world of hurt here. People want the option to choose. They don’t want their government telling them what to do. I think, honestly, they would have gotten to their goal a little quicker not mandating. People should be able to decide on their own. A lot of people were thinking about it, wanted to give it a little more time, and then you place a mandate and people just dug their heels in and they are not doing it. So we’re going to have some troubles here.”

Someone had said you can’t worry about people’s freedom if it comes to protecting me.

Jansen said, “Let’s talk about the reality of human nature. That we are going to lose people now in the medical health profession. The healthcare overall, we’re supposed to be protecting people. How much is people’s healthcare going to suffer when we don’t have enough providers to take care of them and to have the things done that they need to get done. Couldn’t we potentially lose more lives because of this idiotic mandate and the lack of healthcare workers than COVID itself at this point?”

Ward said, “That is what we’re looking at and I’m just really frightened by it all. The hospital emergency rooms are full and that’s because they don’t have enough workers. Let’s face it when you go to an emergency room, that’s supposed to be the place where it is emergent and you get care quickly and that’s just not happening. They’re filling up because they don’t have enough workers. There’s not space in the hospitals.”

The PA House has passed a bill to put public school curriculum online.

Ward said, “It’s a win for parents that they can take a look at what their children are being taught so they can be aware and they can question it, attend school board meetings, be more involved. So I think it’s a good thing the whole way around.”

Ward said, “I don’t know what their issues were with it.”

Ryan suggested, “They’re in the sack with the teachers unions.”

Jansen said, “The Pennsylvania School Board Association, I’m waiting to hear if they’re going to have a statement about this unbelievable overreach by the Biden administration going after parents who want to address school boards and I can tell you for a fact, I’m hearing from parents who are getting bullied and harassed on social media if somebody finds out they’re part of the group Moms for Liberty or they’re part of any group that wants to make sure kids are being appropriately taught in school, they’re getting bullied and harassed and called terrorists and some of them have been afraid now to come out directly because of what’s being reported on unfortunately mainstream media and the Joe Biden administration, the DoJ.”

Ward said, “My response would be read the constitution. I am very troubled by that and I think the teachers unions and the school board associations, they’re trying to dictate policy and they think they know more than parents do. That’s your very basic right with a child is to have them educated in the way you see fit. That’s one of your basic jobs as a parent. All of this is just troubling that parents are being bullied over this. It’s insanity.”

Ryan said, “The good news is you’re starting to see parents engaged, they’re getting involved. They’re standing up. Strength in numbers. I believe that was the No Left Turn in Education saying the same thing, parents get together.”

Jansen added, “And how about this? Vote in more Republicans so we can get school choice passed. That would be the answer to this.” 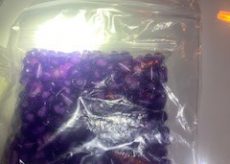