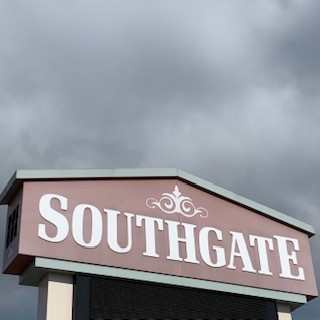 January 24 – The Chambersburg Borough Council had three items on a short agenda last night with 14 people in the audience.

One item was related to the prospectus to advertise the sale of real estate at the Southgate Shopping Center.

Allen Coffman, borough council president, said, “I think there were a lot of questions that were cleared up. I hope that clears up some of the misunderstandings that were had about what this prospectus is really going to do. I think a lot of people think that this thing is down the road maybe further than it is.”

The prospectus is not available to the public for bids yet.

The Chambersburg Area Municipal Authority will meet mid-February and work on the final draft. It will likely be put out to the public probably by spring.

Pat Ryan of NewsTalk 103.7FM wondered, “Why don’t you just put a sign out in front of the thing for sale?”

Coffman said, “That would be good, but I’ll be surprised if somebody locally buys it. It could be. A lot of discussion I guess would be what’s really going to go there? I think that’s going to be determined by what the builders want to bring in there. I think there’s probably going to end up being a fair amount of housing in there. To be quite frank about that, it’s going to be market rate housing.”

Keystone Health has shown interest in the property where Gold’s Gym is.

Coffman said, “From what I heard last night, that deal will be consummated by the 30th of March of this year. They will be the first ones I think the buy any real estate there.”

Michele Jansen of NewsTalk 103.7FM pointed out, “We know real estate is in a mess right now and inflation’s not getting any better, so the unknowns here are just so great. Understanding who would come in and build such apartments is going to be interesting. Although we know there’s also been some ideological fooling around with tax incentives and things like that. So things are probably all going to play some kind of a role that’s very hard to predict right now.”

Ryan said, “Wouldn’t the ideology stuff have restrictions on it? So if you want this money you’ll have to have no gas stove, solar panels on the top. Here are the hoops you have to jump through if you want to have someone wake up in that area with new housing, you’ve got to woke up first, perhaps.”

Jansen said, “There’s a lot coming down from the federal government. They’re dangling lots of our own money in front of us and saying this is the only way you can use it.”

Coffman said, “Rest assured there will be a gas utility available for that area. We are one of the two gas utilities in the state of Pennsylvania. I can assure you there will be gas in Southgate.”

Also at the meeting, council looked at an authorization to advertise an update to the borough’s shade tree ordinance.

Coffman said, “This hasn’t been changed in a long, long time. There were things on there that were very, very restrictive to home owners and the idea was to open up and help any homeowner a little bit by not being so restrictive.”

Council also looked at a possible reapportionment of the existing five borough wards in Chambersburg based on population from the 2020 census.

Coffman said, “Now is the time to do it. We haven’t done it since 2003, which makes it 20 years ago. The information’s there. Let’s do it. Quite frankly I think what it will mean is some real estate from the third ward might go to the fifth ward and also to the fourth ward. I don’t see it as a big deal, but somebody thought we were trying to rush this through before the election. That will never happen. It’s not going to move that fast.”

Council member Kathy Leedy, who is up for reelection, thought it was being rushed through.

Coffman said, “I guess it was viewed as some sort of a plot on our part to do something. No, it’s just time to do it. It’ll move through the system, but I don’t expect it to be done by November, nor would I want it to be done that quick. Nothing moves through the county that fast.” If you missed the meeting, you can find it in the interview list here: https://newstalk1037fm.com/interviews/