Should we really be giving elementary school students the option of “not listed” for their gender? 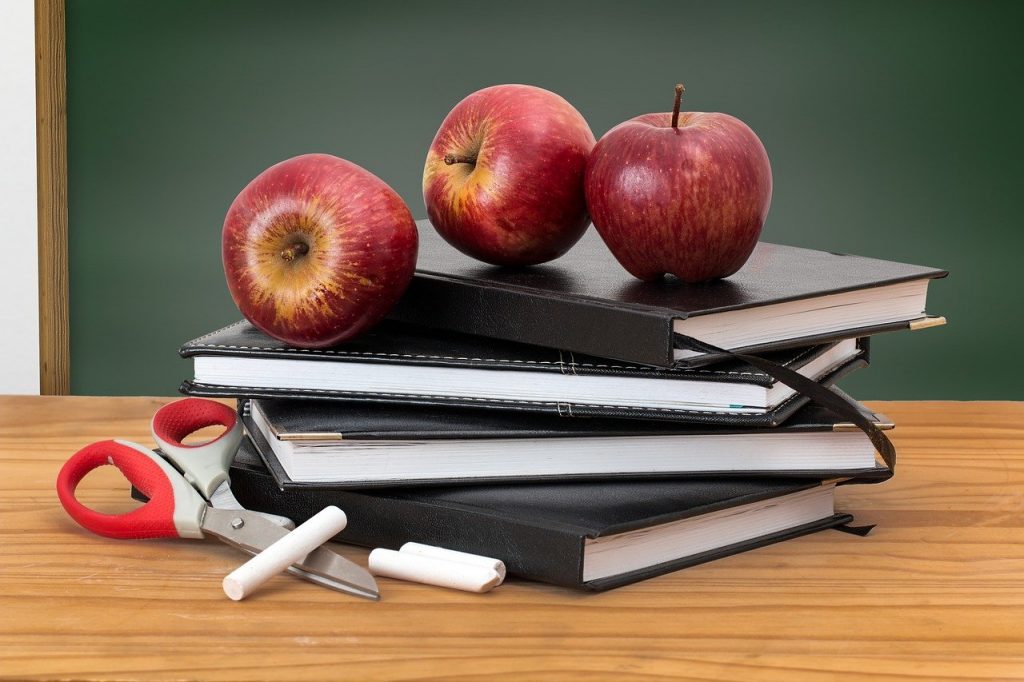 September 22 – We know sometimes when you see a headline talking about another school district, you might not read the story. And that’s understandable. You’ve got kids in a certain district in certain towns and your concern is your school.

But the discussion about the School Climate Survey at the Chambersburg Area School Board meeting recently is something everyone – no matter what district your kids go to – should understand. Because it could very well be coming to your mailbox soon.

The survey would ask how students, teachers, parents and the community are feeling about the school through a variety of questions.

But it’s the slant of the questions that have some people more than a little nervous.

Sample questions from the survey have been provided.

Chambersburg Area School Board Member Joan Smith said, “Number one, on this climate survey, I’m really disappointed in here for the student grades, the elementary, the climate survey, what is your gender, male, female or not listed? I’m not buying this garbage at all. I’m just not, okay. We’ve got grade school kids here and let’s give them a chance to figure life out. Let’s not put not listed on here. This is really disappointing and to pay $25,000? We could use it for other things. I look at the questions and the questions seem okay, but I’m really, I really have a hard time with this gender issue.”

The possibility of removing the “not listed” option on the gender question will be investigated.

Michele Jansen of NewsTalk 103.7FM said, “The whole idea of gender fluidity, that’s an ideology. That’s not proven scientific fact as much as we hear about it from the Biden administration and from even medical association, they’ve actually had a lot of activists taking over in that. This is the stuff parents have trouble with.”

Attorney Clint Barkdoll said, “The idea that you’re asking elementary students that sort of a question and giving them the option, does not apply, I have no gender, that seems awfully young to be asking those kids that sort of question. Look, these surveys certainly have value to school districts to the extent they are inquiring about other things.”

Some of the questions may even apply to instruction techniques.

Smith pointed out, “It’s elementary school. Anything coming into elementary like this right now is a bunch of garbage. It’s a bunch of brainwashing of our kids. Let’s get back to what educations all about in the school district instead of worrying about what’s the gender or what do they relate to? It’s about education in here.”

Smith countered, “Okay, you’ve got XY chromosomes and you’ve got XX chromosomes. Clearly, right here, under this and for the elementary school, I really have an issue with this.”

Walker continued, “I’m not saying I disagree with you, Joan. What I’m saying is there are people out here in our community that are going through this.”

Smith said, “But you know what? It’s our kids. It’s our elementary school kids.”

Jansen noted, “What Mr. Walker’s failing to realize here is that we have a chicken and an egg problem here. The majority of children are gender normative, if you want to put it that way, meaning they are male or female. They are not going to naturally, authentically struggle with this, but we are forcing our small children to struggle with this by presenting the idea of gender not being male or female. No, we don’t assign children sex at birth. The artificial construct thing is pure ideology. You might as well put a question on there, is Jesus Christ your savior? And I’m sure people would have a very big problem with that being a climate survey question.”

Barkdoll said, “It’s the grade school piece of this that I think is offensive. Look, there’s no question we have transgender people in schools and if that’s how they identify, fine, great, they should be treated equally like everyone else, but the problem I think is if you’re asking a first and a second grader these kind of questions on a survey, why? What place does this have at that low age level? These are kids that should just be focused on figuring things out, basic educational aspects. Not these kid of questions that are delving into this sort of identity issue at this age.”

Jansen added, “Plus we have no stable definition of what a transgender child is. There is no stable definition. It is constantly evolving right now, very ideological. We don’t want to be having children influenced to start thinking they are that with dealing with these issues inappropriately in public school.”

The survey results will be discussed in the Education and Belonging Committee of the Chambersburg Area School District.

Jansen explained, “They’ll call it the Education and Belonging Committee. They want people to forget this was the Diversity, Equity and Inclusion Committee that it was the Franklin County Coalition for Progress that suggested they have this committee. There’s a lot of people on that committee. These are people that have expressed a very strong ideological position when it comes to climate…we have a lot of ideological people sitting on this committee and then they’re the ones making the decisions about the questions and how it’s going to be communicated? We need to understand this better.”

Barkdoll said, “One big takeaway on this if you’re a parent or a custodian of a child, remember, you are not required to participate in these surveys. Whatever the school board in Chambersburg may eventually pass that relates to the dissemination of these surveys, it will be optional and parents need to remember that if these things start coming home.”

Representative Rob Kauffman said, “The idea of having surveys or understanding your student population and the families, that sounds great, and I’m certain that’s how this was brought about, but I have to say, to have folks like Joan Smith digging in to the details of that survey, is critical. I think at this point when you see the ideology that is behind these surveys, I would hope that folks would just decline to participate in the survey.”

A student addressing the school board said, “I think a climate survey would allow for a lot of quantitative understanding within the school, just in general. Seeing that actual numbers represent not only our words, but we’re backed, especially with the assistance of an analytical specialist and we have the budget to do so, so I don’t see why not. In specific, I would like to talk about last meeting and a reference to gender on this climate change. Gender is not biology. Gender is a social construct. Gender actually refers to the social and cultural differences. It’s a characteristic put into humans based on society. I just wanted to make point of that and that gender and race coincide. There’s not one or the other. You’re both. Therefor they both are an important part of that survey and should not be cut.”

Jansen said, “She beautifully stated the queer theory ideology there that gender is an artificial construct. They also say that childhood innocence is an artificial construct in that same theory, which is why we’re getting some of the sexualization that we’re seeing on kids. I’m just giving the theory as it exists. She’s been taught it. She knows the right words to say. No, we cannot derive a lot of stuff from the expert at the LIU. In fact, there’s warnings that says you cannot derive a lot of action plan out of this. It’s very experimental. It’s very new. You can maybe get a sense of what’s going on, but trying to have action plans come out this, they warn, that’s fraught with a lot of risk.”

Barkdoll said, “I commend any student that comes to a meeting and makes a statement and I commend her for doing it, even though I disagree with what she said. I would hope that she would engage in some dialogue with the board about this and maybe consider where the other perspective is coming from, but can we just get back to education. Think about all of the time and energy and money being spent on this kind of an issue, which seems completely removed with what the mission of these districts and school boards should be doing. I think the vast majority of people in our listening area would agree, we just want to get into education. We don’t care what their gender is or what their gender identity might be. We want basic things taught in school and not getting into all these constant other things, but yet it seems like the trend is these school districts more and more are getting into these kind of issues.”