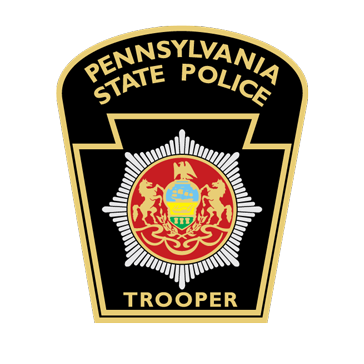 22 September 2022- A Brooklyn man driving on the PA Turnpike in Franklin County is arrested for having a stolen vehicle as well as a number of drug charges. Isidore Aston Roberts is charged with felony receiving stolen property, misdemeanor possession of drug paraphernalia, misdemeanor possession with intent to distribute, and 4 traffic offenses. His bail was set at $75,000, which he was unable to post.

At around 3am on September 22, Pennsylvania State Police received a hit on a speeder in a construction zone on I-76, the Pennsylvania Turnpike. The car was going 68mph in a 40mph work zone. Additionally, the car was a silvery Mercury Grand Marquis with a Texas registration. The registration, however, was assigned to a silver Hyundai 4-door. Running the VIN of the car yielded a report of it being listed as stolen by the NYPD in August.

The driver of the vehicle, Isidore Aston Roberts, gave police his NY Drivers License as well as a Jamaican passport. Roberts’ operators permit was found to be suspended. Additionally, Roberts told police that he had purchased the car earlier that day and was driving to give it to his brother. Because of this, the car was not registered or insured and Roberts said he was given the Texas plates.

While speaking to the driver, the officer noticed a marijuana smell in addition to a large plastic bag in the back with marijuana in it, all in plain sight. A subsequent search of the vehicle found a three and a half ounces of marijuana marked “blue dreams”, a grinder, plastic bags for resale, and a digital scale with marijuana residue on it.

Roberts is behind bars on $75,000 bail. His preliminary hearing is set for September 27.