HomeAlertIn light of virtual learning, kids are going missing – and not just from the classroom

In light of virtual learning, kids are going missing – and not just from the classroom

March 3 – An alarming result of the COVID-19 pandemic involving children has come to light – school districts can’t find the kids.

Even for schools that return to in-class learning, the students aren’t showing up.

A 60-Minutes news piece recently investigated school districts in Florida where, literally, thousands of students have fallen off the radar. They’re not enrolled in private schools, they’re not logging in to the virtual classroom and when district officials physically go to the last known address of the family, it’s vacant.

And no one has any idea where the children have gone. It’s practically the plot of a sci-fi movie.

The topic of children and schools and the pandemic was a hot one on News Talk 103.7 today and State Senator Judy Ward, Attorney Clint Barkdoll, Pat Ryan and Michele Jansen discussed the issue.

In addition to the issue of children not learning, school population is heavily tied to funding, so it’s little wonder that school districts are scrambling to find the kids.

“There is a growing concern that when those schools return to live, full time, five days a week, those kids have just disappeared,” Barkdoll said. “And that is an even bigger problem than the funding issue and once again, a real consequence of this prolonged shut down.”

It began with kids in virtual learning turning on the computer, without video, and leaving the room to play X-box. Because their name is on the screen, they are counted in attendance, but they sure aren’t learning a thing.

Factor in to that families moving away and parents who aren’t tuned in to their child’s education or even what’s happening in the virtual school world and it makes a lot of sense that the kids fall off the radar.

“These kids may just be forever gone and there’s real long term consequences for society when you have that going on,” Barkdoll warned.

“Could you see certain bureaucracy expand to address this problem?” Barkdoll wondered. “In most states it’s illegal (to have a child out of school). If you have a child enrolled in school and they don’t attend, you can be cited for that, but obviously, you need to find them. If they’ve moved without providing information and if you have thousands and thousands of kids just in that one state, it’s almost too big of a problem to get your arms around. They may never solve it.”

A recent study has looked at insurance records and since the pandemic there’s been an uptick in mental health issues as well as suicides.

“This proves definitively that kids are suffering horrendously from being out of school,” Jansen said. “They’ve got to get back into school.”

State Senator Judy Ward traveled to one of the schools in her legislative district last week and was on the ground, actually speaking to the kids.

“They’re in person, but they have some students who’ve chosen to be online,” Ward said. “I asked the students which they like better. All of them said, ‘We love being in school. We want to be in school.’”

Indeed during the trip, Ward discovered that despite the technology in schools today, the kids will actually print out tests they’ve completed to take home with them – much like the generations before them enjoyed doing.

“The point is these students need to be back in the classroom, they really do,” Ward said. “There may be parents who choose to have their kids at home, that’s certainly acceptable, but I would say most parents and most students would agree they want to be in the classroom. We’re social people. And teenagers are especially social people. It affects their mental health if they don’t get out and they don’t see their friends.”

It brings up an interesting question as to where the dynamics of learning may go following this pandemic.

Jansen noted, “There could be a silver lining in the realization that parents need to have more control over their children’s education. That the teacher’s unions are maybe too powerful in the way they can influence. I think there’s been a lot of fear mongering among teachers and families from entities such as the teacher’s union who I think are trying to not let a crisis go to waste here.”

“It’s way overdue to send that message,” Ryan said. “An engaged parent seeing what’s coming out of some of these curriculums and wondering why on earth? If the CDC is saying one thing and we’re not having any action, it really isn’t on the teachers. It really isn’t on some of the admin. It’s on these unions and what they don’t care about is the very people that they continue to say, ‘oh, it’s about the children.’”

A number of parents have pulled children out of public schools and turned to private schools because those schools have been going to school every day and the parents want their kids in school.

Perhaps this could bring back serious support of the voucher system for schools.

“Some of these school boards (are) filled with ex teachers, ex admins, and folks that aren’t in reality,” Ryan said. “They’re not in Real World USA and they can’t wait to wag their finger on one hand and I’ve got school teachers in Chambersburg that full well understand how dangerous it is for their kids to be any place but having fannies in seats.”

Ward said, “I’ve always been a proponent of parents deciding, having that choice. There should always be choice in what a parent feels is best for their student. They know their children. It should be about choice. Always.” 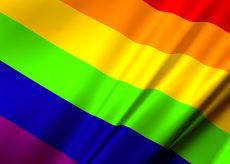 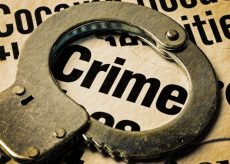 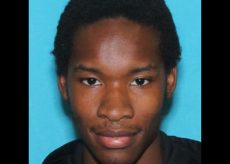