Could survey results in the Chambersburg Area School District be twisted to get the answers progressives really want? 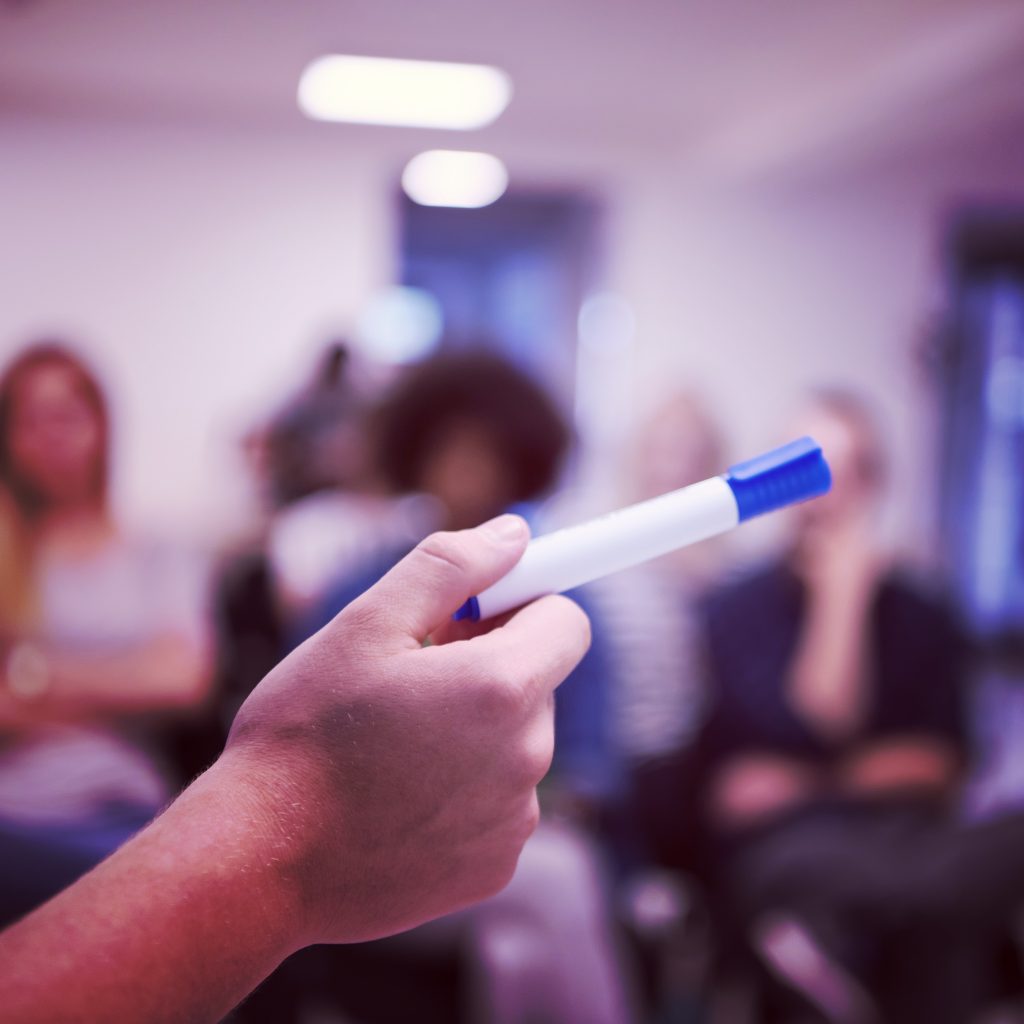 September 21 — The Chambersburg Area School Board met last night and one of the discussions centered around the School Climate Survey that they are looking at doing.

It would be about how students, teachers, parents and the community are feeling about the school through survey questions.

Michele Jansen of NewsTalk 103.7FM pointed out, “Believe me, you can direct survey questions to bring out lots of things you want to bring out. And we have a hyper sensitive study body right now that I can just imagine the way they would answer questions and what they would deduce from these surveys. I talk about the risks of ideology, there was someone last night who addressed the board over this, who’s pushing for this and for the SEL (Social Emotional Learning) programs and more guidance counselors that they sort of framed it in exactly a way I would say demonstrates the ideology.”

The Truancy Officer Maria Banks addressed the board last night, “Have we asked our students if they feel that the spaces that they are in are judgment free, safe, welcoming, just, empathetic, where their voices are heard and a place where their dignity is honored? Where biases, micro-aggressions and dignity insults are acknowledged or correctly disrupted by every staff person engaged with the educational process. Can our scholars come to school and leave school feeling respected as human beings with untapped potential? Do they desire to come back to school the next day? Was this your experience?”

Jansen said, “She used all the terminology that you hear from the ideology that looks at everything through a racial and gender lens. Students who buy into this will tell school board members you’re violating my human rights by using the word biological female.”

Attorney Clint Barkdoll said, “These surveys can often become self-fulfilling prophecies because I think they design the questions where maybe a kid is not experiencing any of these problems, but then they’re given 20 questions geared towards all of these problems and they suddenly think well yeah, I will say yes, that is something that’s going on, when in reality it’s not. We obviously want all the kids to be safe and if someone’s legitimately having problems, we want them to get help and have resources in the schools, but like so many of these things my concern is the districts start to overplay this to a point where kids that don’t otherwise have these problems, start to feel like they do have these problems and there’s where I think it gets back to it just becomes a self-fulfilling prophecy and then that feeds in do we need more resources for this and for that.”

Pat Ryan of NewsTalk 103.7FM pointed out, “I also think about myself as a youngster and with those surveys. I’ve got a number two pencil and I’ve got a bubble. Frankly, I’m coloring to get the hell out of there. Have we taken that into consideration as well?”

At last night’s meeting, Banks continued, “School climate surveys seek to capture, analyze and assess the various experiences of our educators, students, administrators, community members and parents. The picture created from this investment creates a pathway for equity, inclusion and belonging. Our students will not perform as learners if they feel that they must navigate around micro-aggressions, bullying and judgments against their humanity. As educators we are not required or expected to sacrifice any aspect of our humanity or dignity as a condition of our employment. Why should our students be made to feel this as a condition of their presence and their educational journey?”

Ryan noted, “I never heard in my education a judgment against my humanity.”

Barkdoll pointed out, “Look, life is hard. I mean, you fast forward 10 or 20 years, I think what are these kids going to be when they’re in the work force and in society? Life is hard. We all know there’s bad days and there’s a lot of ups and downs and you sometimes need to just grind through it. You can’t constantly have all of these escape valves. You just need to keep rolling on. I get concerned when I hear some of this. Are these kids being conditioned to a point that we’re setting them up for failure when they go off to trade school or college or just get out in the work force and developing relationships with people and being productive citizens in our society?”

Jansen added, “The social workers and progressive teachers that were there last night — and there was quite a few of them to support these programs and support the survey — they all clapped and cheered when she was done. So they very much agreed with her message and we hear these students, they’re so afraid of being offended by words that they’re going to be left weaker, not stronger, through these programs. Guess who supports these climate surveys the most? It’s the Gay, Lesbian, Bisexual clubs and things like that, those activists. They’re the ones that desperately want these surveys done in schools because it’s going to make their activism easier for them to do.”

Keep in mind, this isn’t just local to Chambersburg. These surveys are popping up all over the country.

Barkdoll said, “But I don’t know where it ends. This trend has been moving down the track now for a couple years and I’m concerned that we could be setting these kids up for real failure down the road.”

“Opt your kids out of the surveys,” Jansen suggested. “That’s one thing parents can do to disrupt this. If they go ahead and decide to do it, maybe let them do everything else, but opt them out of the surveys.”

Ryan said, “I’ll tell you where it ends. It ends with your kid sitting on your couch for the rest of their lives. If we don’t give them a backbone.”

Jansen added, “Some students are afraid now, afraid to express their true point of view. If they don’t belong in one of these collective oppressed groups? They’re afraid to give honest answers, so we’re not going to get an honest answer from the students in these surveys.”

Barkdoll said, “That gets back to the self-fulfilling prophecy. If you complete this and you report that there’s no issues, I don’t have any concerns, are they still going to try to direct you into a classification to say that well, we do think that you have this issue and there needs to be some attention paid to that. I think there’s more of that going on than we realize.”

“Apparently there’s going to be gender questions,” Jansen noted. “Or they were considering it and they were going to be ruled out and a student said don’t rule those out, leave them in. I wonder why?”