Chambersburg couple charged with 75 counts of animal cruelty EACH 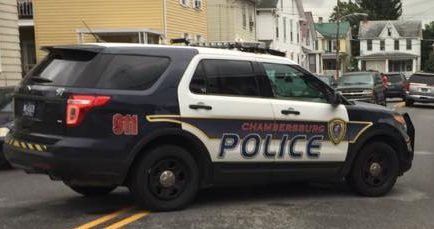 On August 9th of this year, Chambersburg PD responded to a residence on W Catherine Street for a welfare check on animals. The caller allegedly told the dispatcher that they knew Roy Thomas and his wife had left for the Poconos around 5 days ago and that nobody was responding to the house to care for their animals. Multiple neighbors allegedly confirmed they had not seen anyone at the home for the past five days and multiple pieces of mail were sticking out of the mailbox. Nobody answered the door when officers approached but there was allegedly a strong odor of fecal matter and urine coming from the front window. Calls to Pittman were made, which were returned about three hours later by Roy Thomas.

Thomas allegedly told officers that he and his wife, Trisha Pittman, were both in the Poconos and they had been out of town since August 5th. When asked about animal care, they allegedly gave a name and phone number of the person who was to care for the pets. Thomas, however, couldn’t provide officers with a last name of the person caring for them, an address, or any other contact information. The number given to investigators was allegedly disconnected.

A search warrant of the home was issued and what the police and PA Human Officers found was allegedly not pleasant. Photographs and first hand accounts by officers found 25 cats and one dog inside the home with around 100 piles of cat and dog feces throughout the house. Multiple piles of vomit were also on the carpets as well as a strong odor of cat urine. Litterboxes were allegedly overfilled and 4-5 stainless steel bowls were found but were completely empty. The ceiling in the kitchen had allegedly collapsed and the debris were on the floor. The ceiling in the attic also had allegedly collapsed.

All of the animals were removed from the house and the dog was given to their owner who had given their dog to Roy and Trisha to watch over. The cats all had fleas or flea dirt, as well as being unkempt and underweight. One week after being handed over nearly all of them had gained around one pound due to receiving an adequate amount of food and water. One of the cats located had a temperature of 101.8 degrees, no muscle mass, and was cold to the touch. Being diagnosed as anemic, the cat was allegedly suffering from fleas with no treatment.