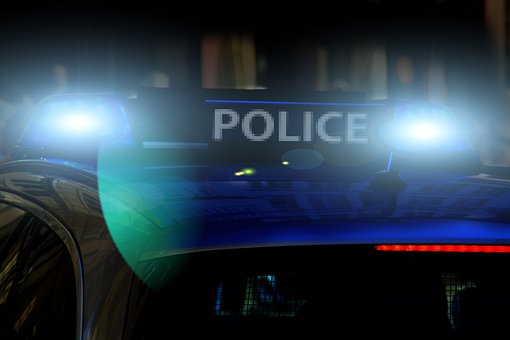 WAYNESBORO – A Waynesboro man is behind bars today after he allegedly choked and hit his 15 year old niece multiple times.

Brian Edward Yaeger failed to post a $75,000 bail after an extended domestic dispute on Saturday April 2, 2022.

Washington Township police arrived at 10655 Amsterdam Road in Waynesboro to find a 15 year old identified as M.Y. and her legal guardian and Uncle Jamie Yaeger. M.Y. related to police that she and her uncle, Brian, were having an argument over the cleanliness of her room when Brian allegedly shoved her and grabbed her by the throat with his hands.

After this, another woman, Kessa Wagaman, pulled Brian Yaeger off M.Y. but the fighting continued. As they moved towards the front door, Brian allegedly punched M.Y. in the face multiple times and choked her again. This time Jamie Yaeger pulled Brian off of M.Y. and Brian fled the scene.

Differing accounts from M.Y., Kessa Wagaman and Jamie Yaeger tell slightly different stories to how much Brian Yaeger allegedly punched and choked M.Y. Wagaman related to police after questioning that Brian Yaeger might have left for 10385 Pollidor Road in Waynesboro because Jamie’s sister in law called and asked about the situation.

After WTP arrived at 10385 Pollidor Road, they spoke to Brian Yaeger who provided a very brief statement to police. Yaeger then allegedly said he and M.Y. were having an argument over the cleanliness of her room when she pushed him, to which he pushed her back. After WTP officers asked if anything else was physical besides pushing, namely choking and punching, he denied that anything else happened. After handcuffing, Yaeger was found to have a marijuana pipe with burnt marijuana inside in his pocket.

Yaeger is charged with strangulation, a class 2 felony, misdemeanor simple assault, possession of drug paraphernalia and harassment and failed to post a $75,000 bail at the time of this writing.